I wanted this review to be comprehensive so others could learn from our experience and so it is much longer than most of the other reviews. When we finally got serious about getting our kitchen remodeled we contacted three different companies based on several factors, including their ratings and reviews on Angie's List. Each company visited our home and provided a written estimate for the project. Ultimately, we chose Westphall Remodeling. Granted they came in with the highest bid, but there was little doubt that we would be getting a very high level of service and quality craftsmanship. From the beginning, Brad was very helpful in offering ideas and suggestions about how we could improve our kitchen space. We had a general idea of what we wanted to do and Brad took it a step further and provided sketches of how he envisioned the space might look with suggestions for lighting and other features that might compliment the design and layout of the project. We met several times prior to any work starting to plan the project. Brad guided us through the timeline, describing major milestones along the way that included demo work, when the cabinets would come in, when the counter-top would be installed, and when plumbing and electrical work would be done. He was very patient with us as we had never personally done any type of remodeling projects. However much of my professional work includes understanding construction projects and the timelines involved. As we discussed the details of the project, we began to get a clearer picture as to how long the entire project would take. We started out thinking it would be two to three weeks from demo to finish, but soon learned that five weeks was more realistic. The custom cabinet lead time would be 6-8 weeks from the time the order went in until the time the cabinets would be installed. Everything else seemed to revolve around that. Brad explained that the demo and then prep work prior to the cabinets being installed would be about 3 weeks. Once the cabinets came in, everything else would follow in a pretty good cadence. The day the demo work began, Brad introduced us to his newly hired project manager, Justin. He would be working with us throughout the project each day keeping us informed every step along the way and coordinating all the details that go into managing a remodeling project. True to his word, Justin was on site every day managing each phase of the project, coordinating the efforts of the various trades as they completed their work, and most importantly, keeping us informed about what was going on and what was coming next. The first week was a flurry of activity as they completed the demo and began to prep for drywall, painting, and tile installation. The second week went equally well as contractors where on site each day completing each of those things. The third and fourth weeks, things seemed to slow down as we waited for cabinet installation and then counter-top fabrication. There was some custom cabinet work that was unforeseen at the beginning of the project due to electrical infrastructure that was discovered during the demo phase. We considered options and elected to go with the custom cabinet work as a solution. This increased costs some, but the end result was worth it. The cabinet makers did an amazing job incorporating fully enclosed chases for the electrical fixtures in the main section of the kitchen cabinets and counter. As planned, once the cabinets arrived there was a pause as the counter-top was fabricated. After the counter-top was installed, the pace of the project picked back up again. Justin and Brad managed the final stages very well, coordinating plumbers, electricians, and cabinet makers in a very focused effort to finish things up quickly. There were a couple of things that came up that required customization and attention to detail. Brad embraced those challenges and we worked through them with his experienced guidance. I felt it was more of a collaborative effort than a general contractor telling me what the only solution was. We fully expected there would be unforeseen obstacles and changes to the project and we budgeted accordingly. At the end of the day, those changes worked out to about a 6% increase from the original quote. Some of those changes resulted from our decisions to upgrade features and fixtures from what Westphall had budgeted into the quote. For example, we chose quartzite over a granite counter-top as we discovered it on our journey to getting the kitchen of our dreams. Since I work from a home office, one thing I was grateful for during the project was that other than the overhead light fixture in the living room, and of course the lighting in the kitchen, we never experienced any interruptions to electricity. The water was shut off for only very short periods of time as the plumbing was demo’d and then during the installation of the kitchen faucet. The plumbers installed a custom manifold as they encountered a water supply pipe set up that was outside of normal code standards. The project was completed this week and we are moving into our new kitchen. We are stunned at how much of a difference it makes to our home and could not have dreamed of a better outcome. We are already starting to plan our next project and Westphall Remodeling is at the top of our list because of the outstanding work they did on this project. 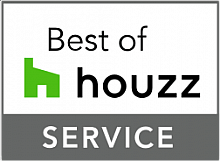 Reach out and tell us about what you’re thinking about for your next big project.
Fill out a form and we’d love to tell you about our ideas.